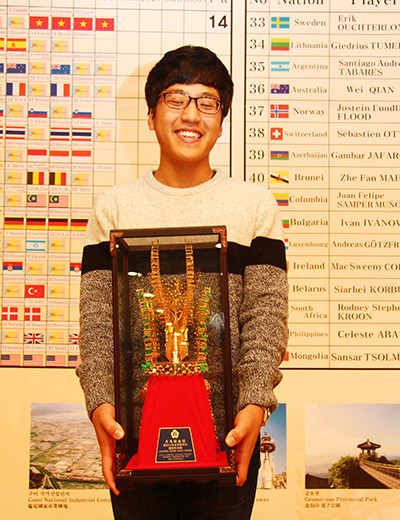 8th KPMC¡?s winner is again for Korea player.
Park JaeKyen 6Dan 17 years old won 8th KPMC in the end. Park 6Dan won against Li Pu 8Dan from China in the last round by resign with white and decided to win the tournament.

Each countries representative came to Korea to compete their great level and also the healthy relationship with each other in 8th KPMC. 15 players from Asia, 34 countries from Europe, 2 players from Africa, 9 players from the Americas and 2 players from Oceania. In total, 62 players attended to this great 8th KPMC in Korea this time. All people are supposed to enjoy sightseeing in Gumi on 14th after having great tournament.

Together with 8th KPMC, there are several Baduk tournaments for Gumi residents and children and also the great Baduk events.
List