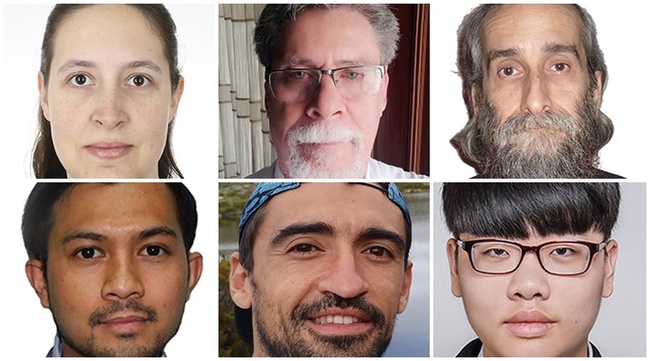 ▲ The 15th KPMC has kicked off on the 4th, 3am, on-line. We have interviewed four of the players.

The 15th KPMC kicked off on-line from 3 a.m. today. Despite the fact that the whole world was in the COVID-19 Pandemic, it was a huge success as it was in previous years.

There are many distinctive players has participated. Most of the players are Baduk teachers or students. And there are many players who are software developers. Many people have jobs such as economic analysts, brain scientists, and data analysts.

Thirty was the largest in the age group, with the youngest being a 12-year-old Ukrainian and the oldest being a 67-year-old Guatemala player. Also, their level varied from 3K to 7D, with most of the European masters in the Go powerhouses standing at 6D to 7D. 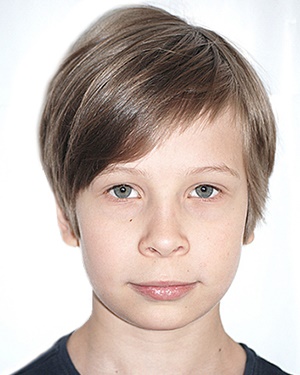 Hello! My name is Vsevolod Ovsiienko and I’m from Ukraine. I’m 11 years old and this year I became the European Baduk Champion Under 12 for the second time. Except Baduk I like reading, playing board games with my friends and family. And what I like the best - is visiting Baduk events in different countries! For example last summer I was in Korea (I participated in The 19th Hanwha Life Insurance Cup) and I liked this country very much. I even started learning Korean language a little bit.

What is the allure of Baduk? (Why do you play Baduk?)
Baduk - it’s a really interesting game and even the whole World for me. I like playing and becoming stronger and I want to achieve great results in future.

Please tell us how you feel participating in our first on-line KPMC.
I’m very happy to be the one who represents Ukraine in the 15th KPMC. Of course I like offline tournaments but I also have a lot of fun while playing online games with other Baduk-players from all over the world.

As the youngest player in the 15th KPMC, what age did you start playing Baduk? And how did you win the Ukraine representative title?
I was almost 6 when I learned the Baduk rules and I love it since that time. In Ukraine we have a points system when it comes to participation in international tournaments. I wanted to take part in this tournament very much and I had enough points for participation. So I became this year’s Ukrainian representative. 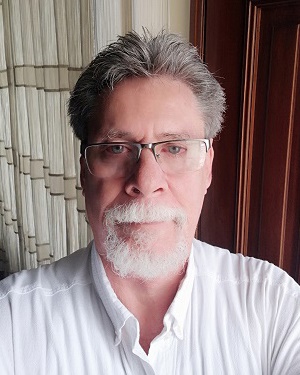 My name is Hector Paiz, I am and elder man (67 years old), I am a Civil Engineer with a MD of Soil Mechanics,  I leave in Guatemala City (Central America), I have my own Company (PALA),, with other members of our Go club we create officially, our Internacional Go Club Guatemala since 1998. I have been at least three times in the Go Amateur Championship and ones in the KPMC.

What is the allure of Baduk? (Why do you play Baduk?)

In my youngest times I usually played chess, but after I played Go in Japan it was like a love at first sight and since 1983 to the present, I have never stopped playing Go, I really love it, see I love mathematics and  Logic and the game is like a State of the Art of Logic, Mathematics and Strategic.

In a few words, I am excited and nervous at the time.

How did you start to learn Baduk? And how long did you play?

I started playing Baduk in Japan in 1983 and never stopped playing it. for more than 35 years, I never improved more because I started when I was 33 years old, but still, I love to play Baduk. And how I can describe Baduk in one word AMAZING. 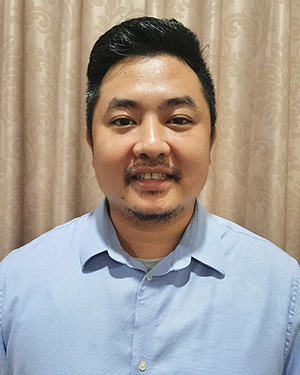 My name is Somboun Douangboutdy, you can call me Wen for the short name. I am 36 years old, self employed. I live in Vientiane, the capital city of Laos, one of the Association of South East Asia Nation (ASEAN). I like playing Baduk, musics, badminton and I am a Manchester United football club's fan.


What is the allure of Baduk? (Why do you play Baduk?)

Originally, I am a kind of man who like solving puzzles until I met Baduk from the Japanese anime, I stared learning Baduk by myself and felt that Baduk answers well all my needs.

It is the second time of us to participate the KPMC since 2015. For this year, I am still excited even though It will be online games and I wish I could experience the atmosphere of the KPMC in Korea in the next future.

How is the Baduk environment/infrastructure in Laos? How did you win the Laos representative title?
We have a small Baduk club in Laos founded by my friend (Bounmy) and I. We have small group of members with various nationalities. we have only 2 Lao players which reach Dan level, that is why we agreed taking turn to be norminated as a representative of Laos for the KPMC. 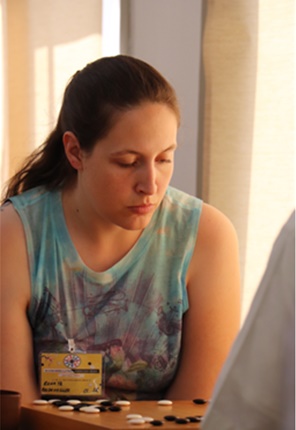 My name is Renate Reisenegger, I am from Santiago de Chile and I am currently the Vice-President of the Chilean Go Federation. I started playing Baduk in November 2013 during my undergraduate studies and fell in love with the game almost instantly. Since then I have been playing at a local Club and have been increasingly involved in organizing Baduk events. Since last year, I have been a member of the Gender Commission of the Iberoamerican Go Federation, in which we seek to promote the horizontal participation of the various genders with an emphasis on women and gender minorities in Ibero-American Baduk, increasing their participation, level of play and recognition in the region and in the world.

What is the allure of Baduk? (Why do you play Baduk?)

I find Baduk to be a fascinating game. Its many possibilities give us the chance to grow as players in many different ways. This game allows us to embrace our creativity, to try new things, to have fun, while at the same time it helps us to train our concentration and focus. From a scientific point of view, it's also interesting that Baduk activates brain areas generally related to attention, spatial perception, imagery, working memory and problem solving. Personally I like to have a space in which I can focus only on Baduk and stop thinking about other things. Furthermore, I struggle with overcoming failure in general, and I believe Baduk helps me in that regard to get used to losing and learning from that experience.

Since I heard about the KPMC, I have always wanted to participate in one of them. Of course the ideal would have been to be able to fly to Korea and play the live tournament, but given the current situation I am very happy to be a part of this on-line KPMC. I am grateful to the organizers for being willing to host this on-line event instead of pushing it to 2021 as has been the case for most of the international amateur tournaments. I believe this tournament may also encourage more organizations to host on-line events, that may be more economically inclusive than in-person events, which could help underdeveloped countries that struggle to send participants across the world.

As a Neuroscientist, what do you think about the relationship between Baduk and AI?

I think that Baduk and AI have a synergistic relationship. On one hand, Baduk with its difficulty served as a great objective to encourage programmers to build an AI capable of beating the best professional players. I believe that it was very helpful for the field, because it led to the development of an AI that uses “intuition” to select probable best moves, just as humans do, in counterposition to DeepBlue, for example, that used “brute force” to beat the best chess professionals. This “intuition” and the ability they have to learn over time make these AIs resemble human intelligence better than the previous ones. On the other hand, AIs helped us understand more about Baduk. During the thousands of years of history of the game, its strategies have been evolving all the time. In these last few years, AI has led another change in Baduk strategies and they have pointed out what humans were doing “right” and “wrong” in their play. Nowadays, top professional players are able to use AIs to learn more about their games and how they went wrong in different positions and we all can have a personal “teacher” at home to help us review our games, even though we cannot understand it most of the time.